Daniel Cone's descendants can be grateful that this Scottish prisoner of the English Civil War became a servant in the most prominent family of early New England, the Winthrops. As a result, Daniel is mentioned in a number of documents, through which his life can be traced in colonial Massachusetts and Connecticut, from the mid-seventeenth century until the early eighteenth. This story of Daniel as soldier, prisoner, trusted servant, then freeman, husband, and pioneer, brings alive the challenges and passions of making a new life in a new world. Both for those named Cone and for anyone interested in the founding of Puritan New England, I hope that A Man Named Daniel will be rewarding reading. Positive reviews on Amazon.com, where the book is available, suggest it is.

I am a tenth generation descendant of Daniel, and family history is of interest to me—for the history, not because I believe, much less want to make, these ancestors out to be anything other than what they were. Genealogical information is often passed along without benefit of primary sources, but my extensive notes provide those sources. Even so, I wanted to flesh out Daniel's life into a plausible story, based on my research; so this is a "biographical novel."
-- 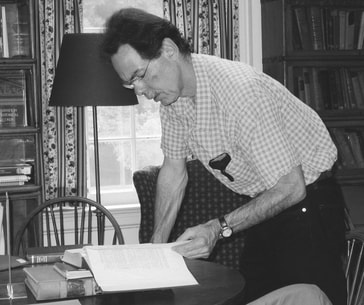 For a researcher, few thrills equal finding a document that was previously unknown. Thanks to the Rathbun Library in East Haddam, Conn., I found quite a few in 2005.
link to amazon page